At the tail end of last year, with the help of some amazing craftsmen based in Portugal, we released Oi Polloi Sportswear into the world to great acclaim and much renown. We’ve been hard at work in the months since, and a fresh batch is finally ready to be yanked from the oven.

Proceedings are definitely a bit more psilocybin inspired this time around – Timothy Leary’s band of psychedelic Ivy Leaguers definitely provided plenty of inspiration for those stripes (which were custom woven in Portugal according to strict specifications) – but the foundations remain the same: hard-wearing, organic cotton jersey.

Our sweatshirts and hoodies, which are made using loopback construction on 45 degree angle (sounds like nonsense but this helps them hold their shape for much, much longer), make their triumphant return, alongside some new faces. A Smedley-collared rugby/polo shirt is in the mix, as well as a crew neck vest/tank… which will ideally worn with a t-shirt, unless you’re a Floridian swamp-dweller or a Gummo superfan.

This stuff is available to buy CLICK HERE to have a gander or you can just whet your whistle with this cosmic visual odyssey from dream-weavers DR.ME. 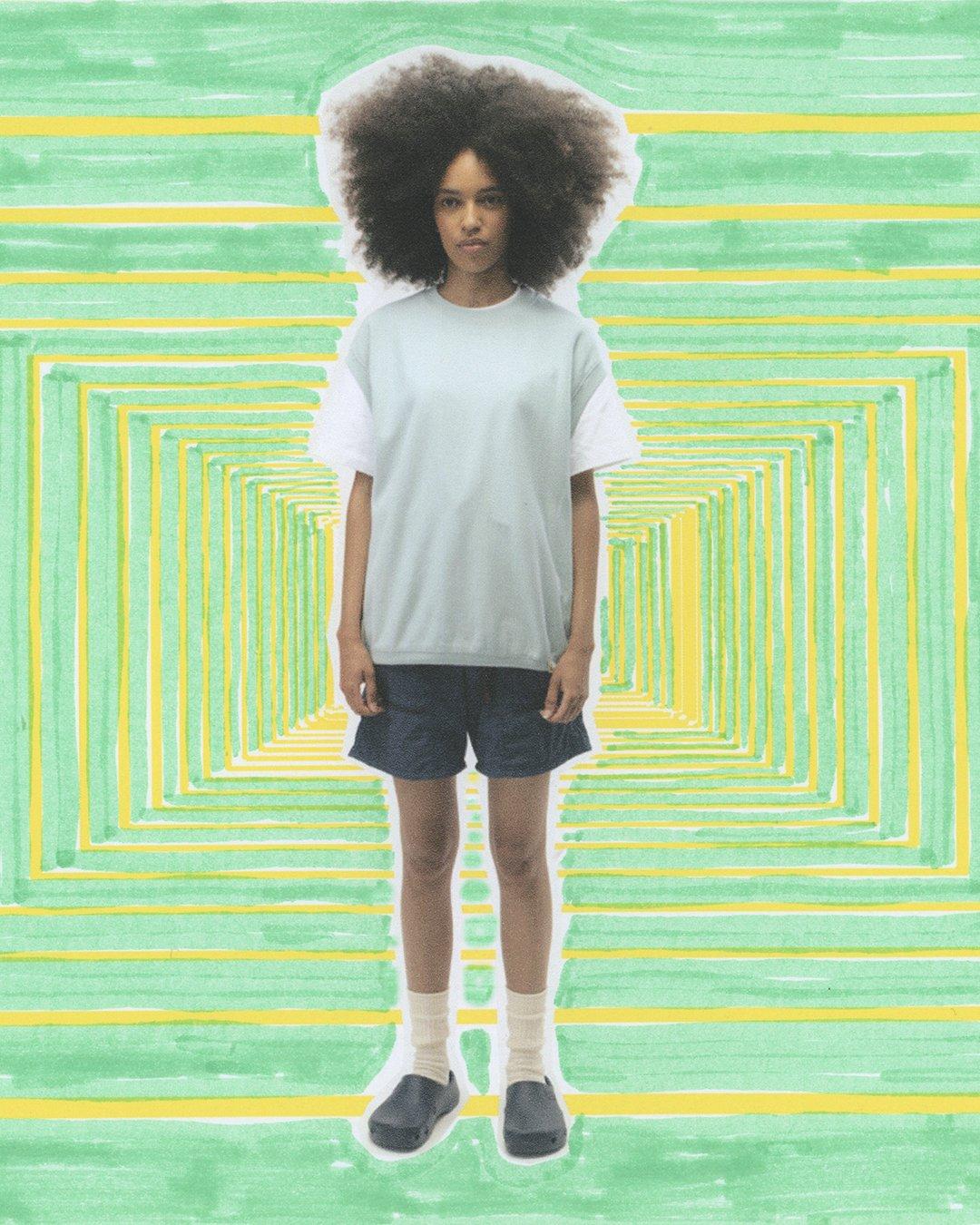 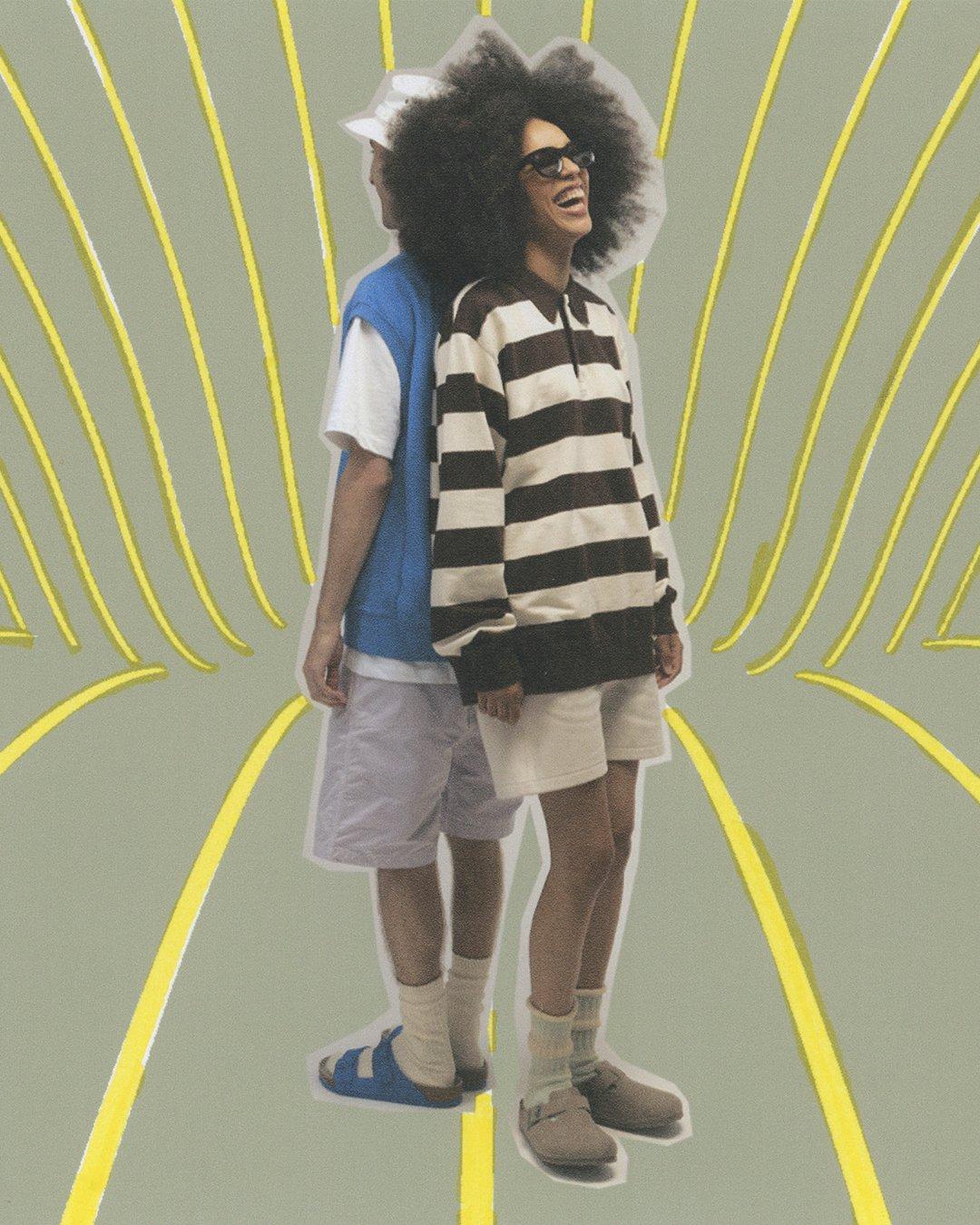 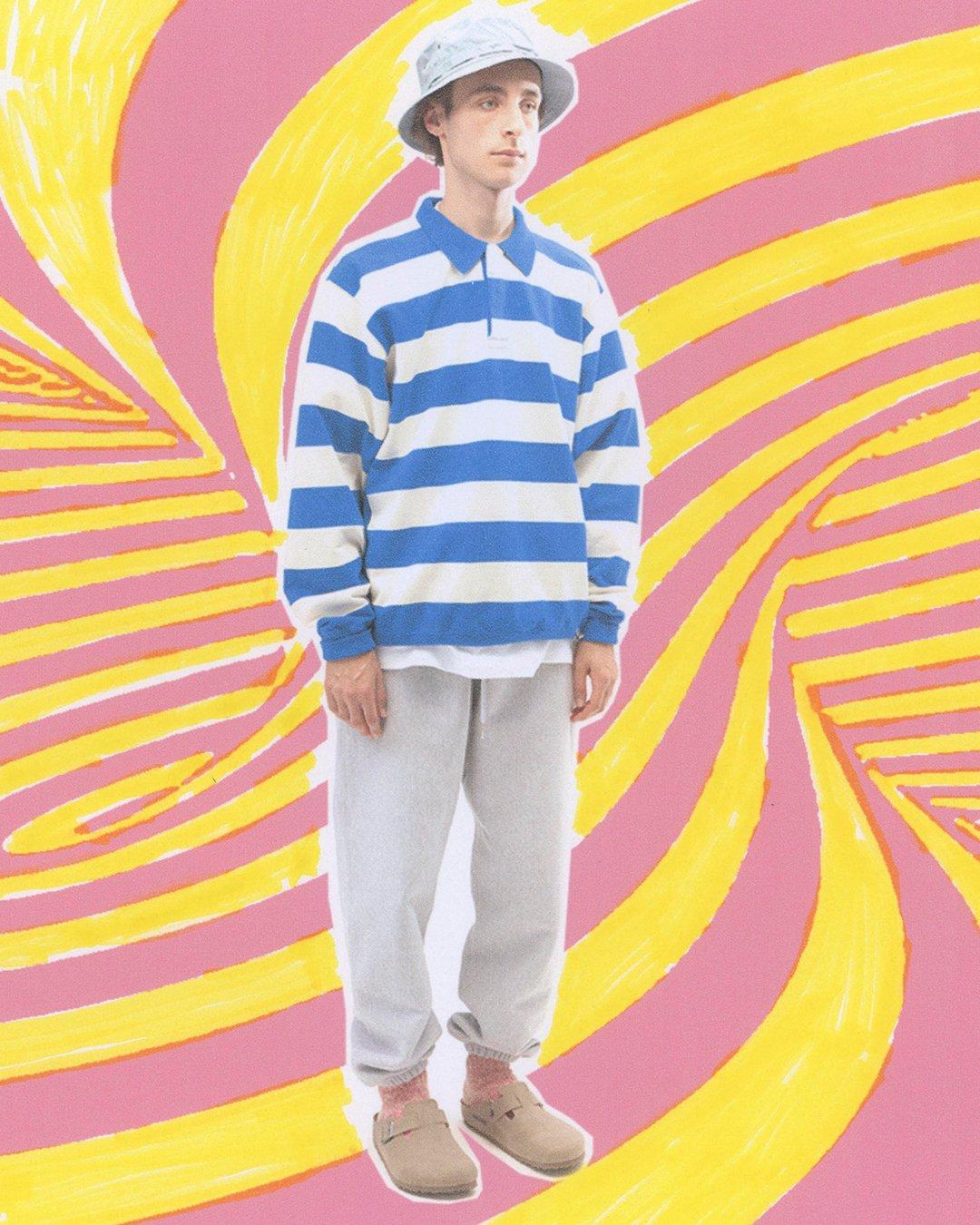 When you visit any website, it may store or retrieve information on your browser, mostly in the form of cookies. This information might be about you, your preferences or your device and is mostly used to make the site work as you expect it to. The information does not usually directly identify you, but it can give you a more personalized web experience. We use Strictly Necessary cookies to make our website work. We would like to set optional cookies to give you a better user experience and to assist us in understanding how visitors use our site. Because we respect your right to privacy, optional cookies are not set unless you enable them. Click on the different category headings to find out more and change our default settings. Blocking some types of cookies may impact your experience of the site and the services we are able to offer. You can always change your preference by visiting 'Cookie Settings' at the bottom of the page.